Renault recently showed off their Renault Megane Renaultsport 265 Trophy which is claimed to be the fastest ever road-going Renault ever. This car is built to be introduced at the upcoming World Series by Renault at the Nurburgring circuit in Germany and comes with more power.

It is given a 15 horsepower addition to that of the current model, the RS50 (Mégane Renaultsport 250) while torque is also increased to 20Nm more. As compared to the RS250, it also gets from zero to hundred in 6 seconds, only 0.1 second more while getting to a top speed of 254 km/h as compared to the RS250’s 245.

This car is basically designed to be fast where even the insides are given a coinciding yellow and black characteristics like the outside. The Recaro sports seats come with yellow seatbelts and rubbers wrap around the 19 inch Speedline alloy red alloy rims. Bridgestone send in their Potenza RE050As while you also get the ‘Trophy’ decal on the doors. On top of that, you also get LED daytime running lights while on the outside, thye have included the Cup winning chassis that include harder springs, dampers and anti-roll bars. There will only be 500 units made and they are already in production so those who have reserved their units will most likely be getting them soon while those who did not, will never get their, ever. 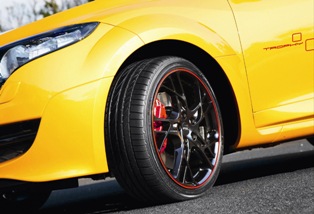 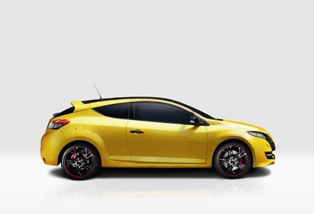