Skip to content
Auto.my – Car News & Classifieds
/
More Campro models from Proton to be given the Turbo-boost

Datuk Syed Zainal Abidin Syed Mohamed Tahir, the Group Managing Director of national car maker Proton Holdings Group said that the company is planning to manufacture variant models for their current Campro engines which are scheduled for a roll out of its turbo versions next year. He said that this is in the company’s plan to offer more horsepower in its engines for the current lineup of models using the Campro powertrain. At the moment, apart from the recently launched Proton Inspira which was designed and uses the Mitsubishi Lancer model, all other models basically comes with the Campro engine.

Syed Zainal said that the Campro turbo engines are set to be rolled out next year and the Proton Exora is expected to be the first model to be given the upgrade and with that, they are convinced that their customers are looking for high performance engines.

He told reporters at the launch of the Festival Proton 1Malaysia event which is a road show undertaken by Proton to display the past and present Proton models to the public which involved some 60 proton cars. Out of the 60, 25 of them are from several official Proton clubs. The show kicked off in Ipoh at the Stadium Indera Mulia last weekend and will go around the Peninsular, making some 11 stops in the 2 week event with 180 participants.

He also said that Proton would be focusing very much on technology and building its brand image to ensure that their cars remain competitive and relevant to its customers in the export markets. On the other hand, Proton is also working with the government in producing hybrid cars where their first step is to roll out hybrid models for the government to use and test in Putrajaya and Cyberjaya and then they will continue start producing for the local market although it would not be in the near future.

Before that can be done, Syed Zainal added that there would be a lot of testing and validation involved which is what the company is currently doing. Their recent participation in the Race-To-London event had proven that the hybrid system they used for testing have been very positive and relevant and that there would still be a lot of public exposure to go. 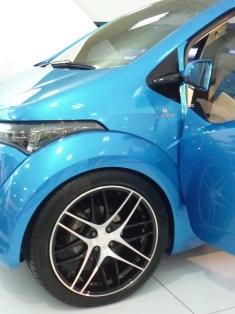 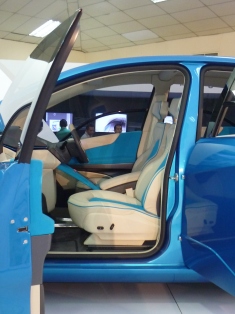 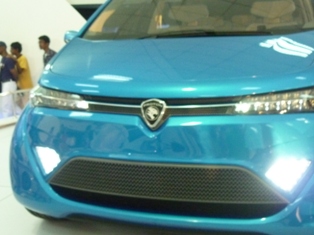 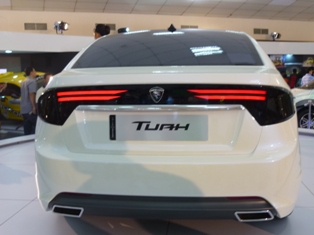