If you look at the Volkswagen T5, you will notice that it is very much a people mover. In fact it is as much a people mover as it gets, but when you put in MR Car Design, a renowned German tuning company into the fray, it changes everything. Hence you get the VW T5 Bus by MR. The T5 of course is known as the Transporter in certain markets and the designers at MR has given the old-fashioned boxy van some more contemporary and current style. This will surely be one vehicle where people would stop and stare to figure what they are looking at.

This cool modified van now comes with a new air chassis as well as a new air spring adjustment system. This is where they have put in an electronic level control suspension system that is fitted to provide 2 levels of adjustment using a compressor. That gives you a pocket of lowering the van to 70mm and to increase the height up to 90 mm. That means that despite the fact that it could enhance the drivability and the handling of the vehicle, it might not be as practical as one would like because lowering it might be good but heightening it might not be that favoured.

Apart from that, nothing is ever complete in a modified car without a new exhaust system as well as bigger wheels. This is where you get the big and loud 9×20-inch alloys wrapped with 275/35 tyres. MR Car Design, which is based in Erfstadt has also made some cool adjustments to the engine here where the ECU is upgraded to get you more power of 205 horses which most likely is boosted out by a 2.0 liter TDI diesel engine.

The sports exhaust system comes in the looks of a 4 pipe system while they have also roped n Abt Sportsline to help out with the aerodynamic kit of the car which also include a new grille, some nice side skirts and a front and rear spoiler too. To top it off, they also put in LED daytime running lights on the headlamps, much to the current trend at the moment. 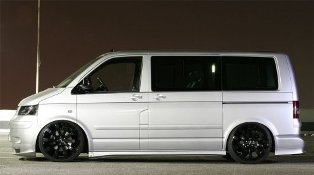 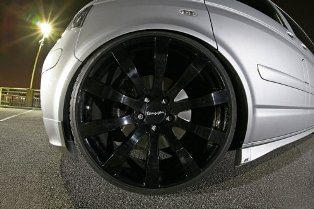 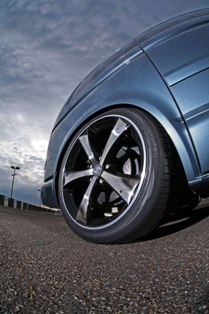 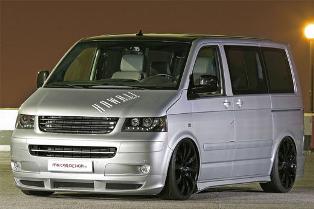