As mentioned and reported earlier, Nasim Sdn Bhd, a subsidiary of Naza Group will start the year with the launch of the new Peugeot 308 CC, and that was what they did last week when they launched the new locally assembled 308 CC where another 3 mode models will be following suit for this year.

The new 2+2 is powered up by its 1.6 liter Prince twin-scroll turbo charged engine that gets you up to 156 horses and 240Nm of torque. The engine is paired with a 6 speed automatic Tiptronic transmission gearbox that gets up to 212 km/h. This car also gets you from zero to hundred in 9.8 seconds. Priced at RM186,888, you can choose between the 2 colour bodies namely the Pearl White and the Mocha Brown. The white model is fitted with Integral Vintage leather inside while the latter comes with Luxury Grey Lama leather interior scheme on the inside.

Meanwhile, on the outside, the 308 CC comes with the current Peugeot design language where the front windscreen is standard with its sloped aerodynamics while it also comes with a specifically designed sports bumper which distinguishes it from the other 308s. Xenon headlights are included in this model which comes with automatic washers and height adjustments as well. Apart from that, you also get 225/40 rubbers on its 18 inch alloy wheels while they also included LED lights on its rear and twin rear diffusers.

The steering wheel, dashboard and seating are also leather finished and for better comfort, they also included a dual zone air-conditioning system, a memory enabled electric front seats, a cruise control system and a 7 inch LCD screen. They have also included an MP3, CD player that comes with Bluetooth connectivity. The sound system is powered up through its JBL speakers. The 240 watt amplifier is set to give you superior sound quality channelled through its 10 speaker system. In terms of its retractable roof, the mechanism is flawless and quick, taking only 20 seconds to fold up or down. You can be sure of the space too with 465 liters available when the top is up while when the roof is kept, you get 266 liters.

In terms of safety, the standard applies with ABS, EBD, EBA, DSC and ESP all coming as standard while they have also put in the ASR (Anti-Skid Regulation). There will be 6 airbags included and as reported before, this one comes with the head airbags, which is the world’s first ever. 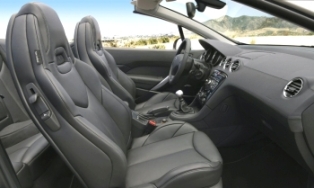 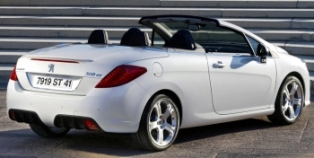 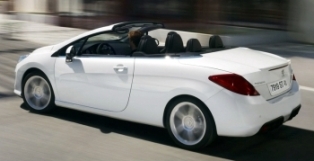