The W204 Mercedes-Benz C63 AMG has been given a facelift following the recent Affalterbach Edition which was a limited to 30 units edition for the Canadian market. Compared to the previous model, the new AMG Facelift version is more toned down and less aggressive. In the previous model, there were more curves on the bonnet which is now removed to exude a more gentleman model.

It now comes with 7 speed MCT gearbox in place of its previous version that came with the AMG Speedshift Plus 7G-Tronic automatic transmission gearbox. It still comes with the 6.2 liter V8 engine that gets you up to 451 horses. The MCT is naturally an automatic transmission system that instead of a torque converter, used a computer actuated clutch for more subtle gear change.

For better handling and management of the car body, they have also included improved suspension stabilizers while putting in thicker anti-roll bars. According to the developer, they have also improved the fuel consumption of this new model by 10% as compared to the previous model widely contributed by the MCT gearbox. This is also helped by the more efficient new power steering pump as well.

The AMG Performance Package comes with lighter crankshafts, forged pistons and conrods which are all made to boost the power of its stock engine. This is where the package gets you up to an additional 30 horses which is very much welcomed considering that this is supposedly a more sporty edition. Apart from that, the upgrade package upgrades the ‘look’ with a red-painted brake callipers, an AMG performance steering wheel wrapped with Nappa and Alcantara leather as well as a boot-lid spoiler made from carbon fiber.

Reportedly, this C-Class will be the one which comes with biggest capacity as when the replacement version to this one comes about, it is speculated that they will most likely be fitting in the 5.5L V8 turbocharged engine. Typically this might be seen as a downgrade but with the turbo fitted in, it might just turn out to be more powerful. So until that comes about, you just have to be contented with what is being provided, which is powerful enough in its class already. After all, at 6.2L and looks like these, not many would be brave enough to mess around with you, don’tya think? 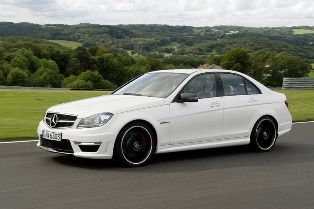 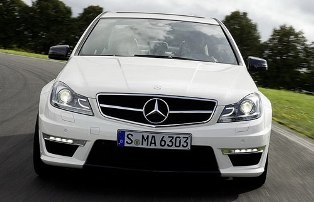 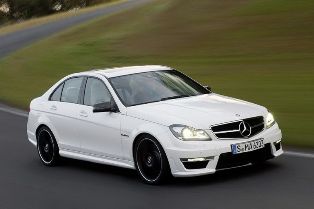