Hyundai Motor Company recently unveiled their new generation of the widely popular i30 model at the 2011 Frankfurt International Motor Show.

This is where the company is looking to continue its success with the i30 which now comes with better performance and efficiency as well as enhanced design and quality. The new i30 was designed and developed in Germany at the Russelsheim’s Hyundai Motor Europe Technical Centre which incorporates the ‘fluidic sculpture’ design language on most recent Hyundai cars.

It will come in 4 engine versions and 6 variants and will start selling in Europe early next year where it will be rolled out through its Czech Republic’s Nosovice manufacturing plant. The i30, was first launched in 2007 and has been recording steady increase each year. There are now more than 360,000 i30s sold in Europe of which 115,000 was sold in 2010 alone. There will be 3 gasoline and 3 diesel variants and power comes between 90 to 135ps.

With sales of diesel models bringing in 52% of the total sales in the European C-segment market, the i30 is expected to provide a 50-50 figure for the company. One notable element about the new i30 is the low emission and enhanced efficiency through its proprietary Blue Drive technology system that include the Integrated Start & Go system, low rolling resistance tyres and the alternator management system. This will bring in the best-in-class power to efficiency ratio where the 128ps, 1.6 liter diesel engine comes with CO2 emissions below 100g/km. 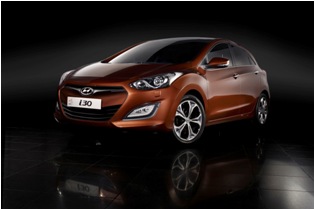 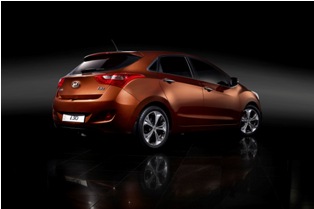 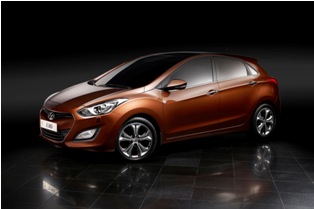