Gone are the days when the Honda Civic is all about speed and performance and today we get a more subdued version of the icon which have been the fantasy of so many speed demons of yesteryear.

Well, the DOHC engine has since been discontinued and today, they are being replaced with the SOHC i-VTEC engines. The new Civic was launched in Thailand earlier this month and with that, it would mean that this will be coming into our shores pretty soon. The new Honda Civic looks very much like the one marketed in the United States where they have launched 2 engine choices namely the 1.8 and the 2.0 liter versions respectively. The former gets you up to 141 PS while the 2.0 liter version is powered up with 155 PS.

Basically, the 2 engines are the same expect for the capacity and the power where they have the same maximum output albeit with different torque. The engines are paired with the 5 speed automatic transmission gearbox while the 1.8 version gets you the 5 speed manual transmission. For the Thai market, the Civic comes with the Navi system for the 2.0 liter version and it comes with the flat floor layout as per the standard Civic while they have also given all the parts some really cool makeovers. 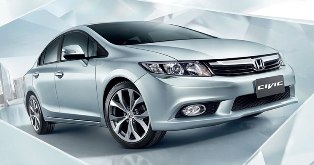 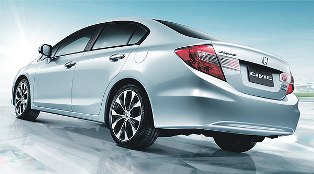