If you have been wondering what happened to the supercar Honda NSX, then this might answer your questions.

Since it was discontinued back in 2005, the lightweight, aluminium bodied supercar has been slated for a replacement when Honda announced in 2008 that there will be a new generation of the NSX but so far, nothing had been seen and nothing was confirmed even.

It was also announced later that the NSX was almost nearly going into production when the market for sports coupe went into crisis and any hope of the NSX seeing the light of day disappeared. However, Honda had not totally closed the door on the NSX and according to Takanobu Ito, the president and CEO of Honda, the model is still very much in the plans and that they are looking into future production for the much loved supercar and the new generation will be focusing on power-to-weight performance. In fact, they are looking at efficiency as its main selling point and not to emulate the likes of other supercars like Ferrari which is all about speed and performance.

Still, so far, there are no answers on the NSX but in the automotive industry, no news is often good news which meant that they are working behind the scenes. The 2007 Acura Advanced Sports Car Concept could well be how the new NSX could be modelled after and if it is, then it could be very exciting indeed. 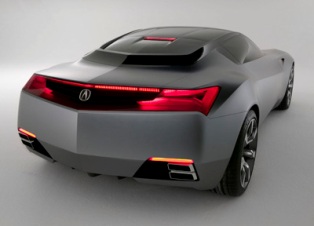