The Nissan Juke has been quite a revelation by any accounts and it seems that Nissan is jet set to ride on its success. This is where they have released images of their Nissan Juke-R which will be rolling out for its official testing pretty soon.

The new 480 horsepower machine will be roaring into Europe’s roads next October where it would be a road legal concept car and truly unique and one of its kind.

According to Nissan, they will be releasing 2 versions when it becomes official, a left-hand-drive and a right-hand-drive model, which pretty much outline their intention in doing so. Well, the 480 odd horses will be coming out from the GT-R engine which is quite a cool way of giving the 3.8 liter twin turbocharged engine a new home.

The matet black pain body is as aggressive as it is provocative while it will be fitted with a split rear spoiler and 20 inch alloys. To keep up with the sports car reputation, despite it being a crossover vehicle, you will also get a race specs roll cage, full race harness and such. A 7 inch touch screen display is provided while the GT-R character is preserved with its dials, pedals and the steering wheel. 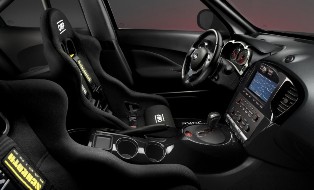 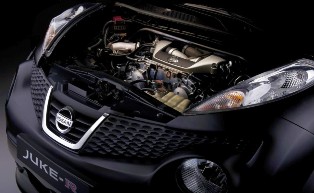