Japanese auto giant Nissan Motor Company recently launched their EV (Electric Vehicle), the Nissan Leaf which started selling in showrooms around the country last 20 and they will be starting to sell it through their dealer network in the United States and the Leaf will be rolling out into European roads in the next couple of month. Now that surely is something to look forward to especially with the demand for EVs and hybrids currently on the rise and companies launching their own versions of models in these segment.

The launch makes Nissan the world’s first to mass produce an EV and they are hoping to see the Leaf give competitors some stiff fight in the segment. The Leaf was developed and was inspired as the ‘Leading Environmentally-Friendly Affordable Family Car’. That is quite an ambitious claim but by winning the European Car of the Year award, the Leaf seemed to have what it takes to be in the forefront of the competitor.

Of course, Nissan will be going against the likes of Mitsubishi’s upcoming iMiEV which is sold in Japan and some countries in Europe while from the American front, GM will be going out with their Chevrolet Volt which they are also eyeing the Japan market soon. According to Nissan, they have already sold out their pre-order units of the Leaf in both the Japanese and United States’ market respectively. Well, the new EV was developed with an intention to be mass produced and with its zero-emission element, it would be quite an ideal car for today’s demands.

The Leaf will have no emissions on its tailpipe as it is powered up by a lithium-ion battery pack and an electric motor which makes it a great choice as a family car. In a single charge, the Leaf could travel until a maximum of 175kilometers and top speeding at 145km/h. However if you need to re-charge quickly, it will only take half an hour (30 minutes) using its rapid-recharge function and the Leaf would be charged to 80%.

This new vehicle comes from Nissan’s forecast that by the year 2020, 10% of the world’s vehicles would be electrically powered. The Leaf is one vehicle which is powerful enough, accelerating well and as with most eco-friendly vehicles, very quiet on top of its comfortable ride. 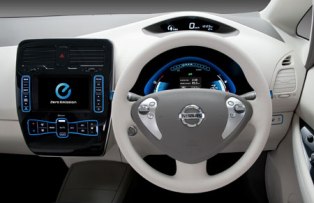 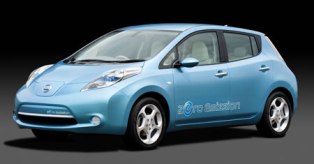 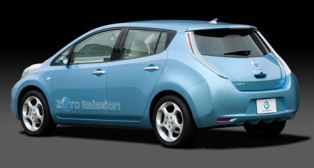 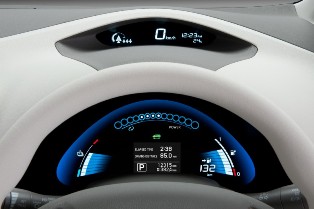