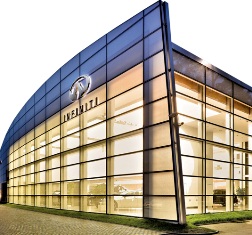 The Infiniti vehicle brand was recently introduced to Malaysia.

This would be the luxury marquee of Nissan and is the result of a joint venture between the authorized distributor and assembler of Nissan cars, ETCM (Edaran Tan Chong Motor) and Inspired Motor Sdn Bhd. This makes Malaysia the second country which will sell the Infiniti after Indonesia.

Infiniti, if you haven’t already known is of course a popular brand in the American market and is currently going through massive expansion in the next 2 years. To date, it has already been launched in 15 countries with Malaysia being its latest target which they are targeting to hit 5% of the luxury segment category in the next 5 years. The launch saw the unveiling of the Infiniti Centre in Chulan Square where they have launched 4 models. The EX Crossover is priced at RM380k while they also brought in the G Coupe which is priced at RM415k. for RM435k, one can get the M Saloon while the top of the range model is the FX crossover at RM435,000.

The crossovers get a GT Premium Pack which you will have to fork out an additional RM15k for the EX and RM35k for the FX model, both of which deliver below 7 second century mark engines.