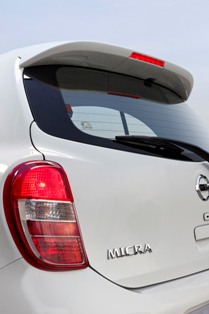 Now here’s another thing to get all hyped up about Geneva as Nissan too has announced their unveiling of the new Micra at the show. Here in Malaysia, the ‘supermini’ vehicle is more popularly known as the March so they are basically the same thing. Codenamed DIG-S which stands for Direct Injection Gasoline-Supercharger, it surely has a reputation to keep even before it is being launched. But as with most cars today, Nissan announced that the new March (or Micra) DIG-S comes with a 95g/km of emission which is one of the lowest currently. This means that it would qualify for many exemptions in and around Europe.

With a 97 horsepower engine, Nissan has really pushed the bar of eco-friendly vehicles higher. This car on paper will come with performance and yet only emits 95g/km of CO2 in the manual version and 115 g/km on the CVT version. Fuel economy is reported to be at 24.4 km/liter and it max speeds at 180km/h. They are working to start selling this new version sometime in June while some reports claim that it might get to the Malaysian roads via its Thailand plant as well. So this surely is some exciting times.

According to Pierre Loing, Nissan International SA’s Vice President of Product Strategy and Planning, the 1.2 DIG-S Micra would set a new standard for the current generation of vehicles because it is the most fuel efficient car in the petrol compact hatchback segment. On top of that, they believe that this model is giving the diesel models in the segment a run for their money too. They have put in the PSM (Parking Slot Measurement) system into this one which practically measures the space available and then informs you if the car will fit into the space. Sounds more useful for the MPVs and Camry’s but they have put it into this one.

Nissan surely is making inroads into the market after their recent success with the Leaf which is the first zero emission vehicle in the world and with their new 1.2 liter, 3 cylinder engine, the Micra/March would surely be making its mark in the petrol engine world as well. Furthermore, the March is pretty much renowned for its easy to drive, compact body which would be an ideal solution for the traffic jams, the tight city roads of metropolitans today. Depending on the price of the car, it would surely be a favourite if it is affordable here. After all, who would not like a fuel efficient car which is also eco-friendly? 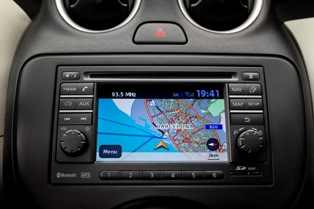