Among some of the outrageous concepts seen at the Tokyo Motor Show is the new Nissan Pivo 3.

This would be a totally new concept to have come out from Nissan after the Pivo first saw the light back in 2005 with its 4 wheel steering system and now they have raised the bar higher with a 6.6 foot turning radius as well as a the individual built-into the wheels motors.

This would otherwise be the way of the future although Nissan has yet to give any indication of the Pivo making it to the conveyor belts. The new Pivo 3 is one of the few concepts which is being put on show in Tokyo where according to them is a more ‘realistic’ EV (Electric Vehicle) if it ever makes it into production.

Despite being a totally new model, the Pivo 3 comes through the ranks of the previous Pivo 1 and 2 and it is typically the ideal vehicle for ‘active urbanists’ in the developed markets where they have to manoeuvre through some tight traffic and spaces. It is fitted with the new AVP (Automated Valet Parking) system where it can automatically park itself at special designated spaces and then proceed to charge itself within the power grid. As mentioned, it is easy to drive and is mobile enough where you will not need to have a lot of space to get around. The design itself is revolutionary and one would surely hope to see this into production not too far into the future. 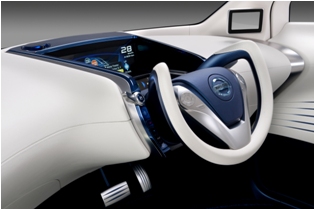 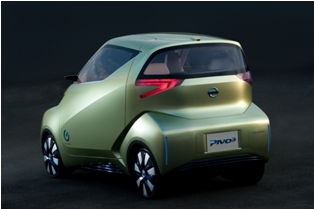 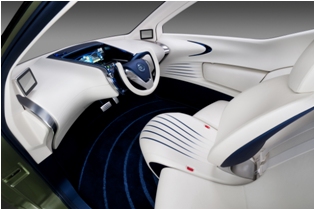