After much speculation and rumours, it is finally confirmed and this is the new Infiniti JX Concept.

Shiro Nakamura, the Chief Creative Officer of Nissan revealed the new concept at the Pebble Beach Concours d’Elegance where the production version of this new model will be launched at the end of this year at the Los Angeles Motor Show.

According to Nakamura, this would be the future design language of Infiniti cars which drew its design from the recently shown Infiniti Essence concept and is made to be practical as a family luxury crossover model. It is a 3 row SUV car which will be positioned between the FX Crossover and the QX. The 7 seater would be quite a fresh of breath air as it is naturally a 7 seater which is exceptionally easy to get into the third row.

That is always one of the challenges with 3 row cars and with this, one can leave the second row intact to get in and out of the third. The car will be powered up with a V6 engine and you can also choose between the All-wheel Drive of Front-Wheel drive systems while it is also fitted with a ‘sport tuneed’ CVT transmission. It also comes with a Bose Studio Surround sound system powered up through it 14 speaker setup. 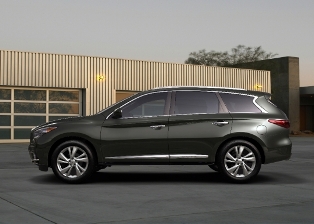 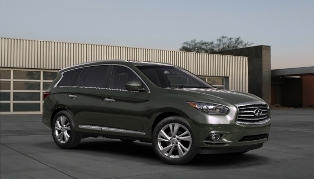