Now this might be a brand which have since been long forgotten if not disappeared from our roads for a while now, Opel. Remember them when they used to have those black and yellow taxis which were dominated by the Opels then before the red and white Proton Sagas came about? Well, they are pretty much still around (as they are marketing under the Vauxhall brand name in some countries). In fact they are going strong with their latest offering of the Zafira Tourer Concept which will be put on show at the upcoming Geneva Motor Show next month.

This would be the very basis of what their third-generation compact MPV will be looking like and it is looking very good so sometime early 2012 you can expect the new fleet of Opel or Vauxhall cars to come with this looks and configuration. It will come with a new powertrain in the form of a 1.4 Turbo engine that comes with their revolutionary Start/Stop system as well as the FlexRide adaptive damping system as well.

The thing about this whole excitement is that they are also building up to the showcasing of their ready to launch Ampera production version which will start selling in the UK early next year but that would be a different story altogether. For this, Opel attempts to use the Zafira’s reputation for its high degree of flexibility and will inject the ‘lounge-on-wheel’s feature. So more of the Start/Stop technology which as its name suggests and most people would have known by now, it is typically a system whereby the engine switches itself off when the car is idle which is when the gear is moved to ‘Neutral’ and the foot takes off from the clutch. When the driver steps on the clutch again, the engine switches itself on again. This saves more fuel and is more efficient and is fast becoming one of the very much demanded these days.

By looking at the pictures, it looks pretty good (well first impressions do go a long way) with its Frost Liquid Metal colour cheme here with its 20 inch twin spoke alloy wheels which is dark metallic grey in colour. It would also come with LED daytime running lights, bi-xenon as well as 245/40 R20 tyres. Inside, you will get loads of space and we mean loads here. After all it is an MPV. The downside perhaps is that it is still a concept so until it becomes a production car, it is still eye candy. 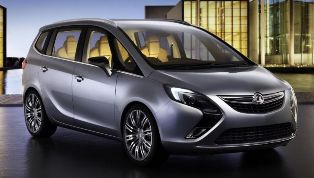 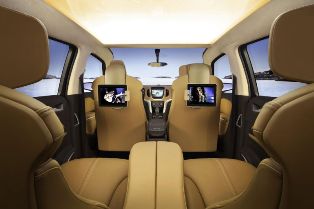 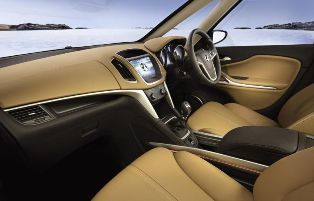 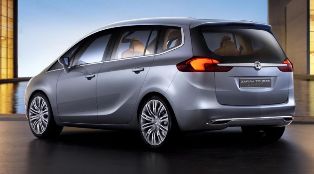