The second national car maker Perodua (Perusahaan Otomobil Kedua Sdn Bhd) is looking to increase its reports aggressively where they are targeting to increase by 20,000 units. This is translated to at least 10 percent which will go in-line with its 5 year roadmap. On top of that, they are also looking to further develop their vendor community to help expand their auto parts export market as well.

Datuk Aminar Rashid Salleh, the Managing Director of Perodua said that they are looking to expand their export markets as they need to grow from their currently very stable domestic market, which he said is nearing saturation. Hence, they are looking at the export market it is currently only about 2 to 3 percent of its total production numbers. The company is owned by UMW Corporation Sdn Bhd (38%), Daihatsu Motor Co Ltd Japan (20%), MBM Resources Sdn Bhd (20%), PNB Equity Resources Corporation Sdn Bdh (10%), Mitsui & Co Ltd (7%) and Daihatsu (M) Sdn Bhd (5%).

Perodua, which is the market leader of the compact car segment in Malaysia needs to look for new avenues as the local market is changing vastly with the population’s demand where Aminar said that for 2010, the TIV (Total Industry Volume) forecasted by the MAA (Malaysia Automotive Association) is at 570,000 units. If that is achieved, it would be the highest ever for Malaysia which means that it will either grow higher or start saturating where many analysts are predicting the latter. Aminar added that in comparison to Taiwan, the market there reached its saturation point around 800,000 units and once Malaysia breaches the 600,000 mark which will most likely be happening in the next few years, then the growth potential will start to decline.

That is also why the company is also venturing into developing the local vendor community where their dealer network currently has 141 vendors of whom are made up of about 60 to 70 percent of local vendors with the rest being joint-ventures with foreign companies. Perodua spends about RM3billion to RM4billion annually in purchasing parts from its vendors who have played an important role in localizing Perodua cars. He cited the recently launched MPV Perodua Alza as a good example where it has already reached 90 percent of local content. 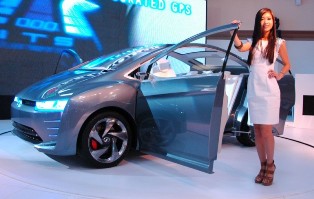 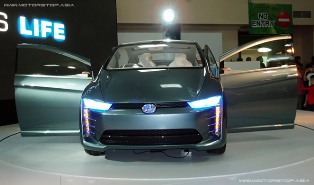 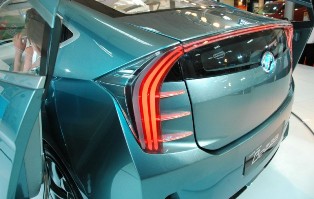