Come next spring, Peugeot will be introducing their new Peugeot 208 hatchback.

The company claims that this is the very vehicle which will represent a true generation leap and is supposedly their most ambitious specification overhaul where it will roll out in their 3 door and 5 door variants respectively.

The new 208 will be lighter and will be shorter than the current 207. However, this does not mean that it will be stuffy inside because they have increased the space for the passengers where the rear seats also come with more space too. If that is not enough, they have also enlarged the boot space too. The company also said the design of the 2 models will be different although both comes with the standard trademark floating grilles. The new 208 will come with 5 diesel models while there will be 2, 3 cylinder petrol models as well.

Inside the car, they have also changed quite significantly with the controls and such being given makeovers. As part of social responsibility and environmental friendly efforts, Peugeot added that for the first time, the rear bumpers will be made from plastics which are 25% recycled or of natural origin which they claim will save some 1600 tonnes of fuel savings annually. 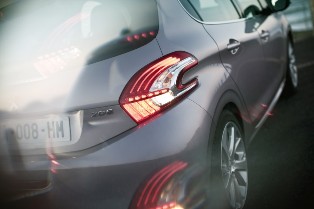 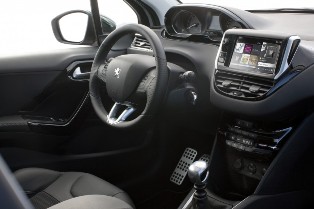