Here’s something new to salivate about. Okay, not really to salivate but perhaps something to be excited about. For starters, Peugeot has given their new Peugeot 308 updates and some new looking parts which will surely give it quite a boost and a whole new personality so to speak. If you haven’t already noticed, the 308 already looks pretty good and now they have decided that the front end needs a bit more oomph to it so they have revamped it, adopting a new floating front grille while the LED daytime lights has been reshaped with boomerang curves.

Peugeot announced that they will be putting on the new re-designed 308 on show at the upcoming Geneva Motor Show where they will also start selling it in the European market starting April this year. This means that in about 2 months, you should be able to see the new nicer looking 308 although it has yet to be confirmed if Nasim is planning to follow the worldwide launch but this does not mean it will not get here in the near future.

On top of that, it also comes with the new e-HDi micro-hybrid technology which is designed for better fuel consumption and better CO2 emission. The new design language is the latest to come from Peugeot where it also comes with the Start & Stop system. It is powered up by the 1.6 liter HDi FAP Euro 5 engine which gets you up to 112 horses on its semi-automatic manual gearbox as well as an optional manual transmission gearbox as well. The Start & Stop system is one of the innovative offerings from Peugeot where in this new model, it is reported to reduce up to 15% of diesel consumption with 40% faster in restarting of the engine. Peugeot also announced that there will be 3 body styles available namely the hatchback, CC and SW while there would be 4 trim levels known as the Access, SR, Active and Allure.

The new 308 would be priced at €15,800 and £15,245 for the United Kingdom so if it ever comes to our shores, you can expect it to be around the region of about RM100k or so although the price could be lower if it is assembled here by Nasim. So keep your fingers crossed for now. 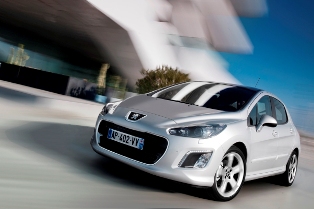 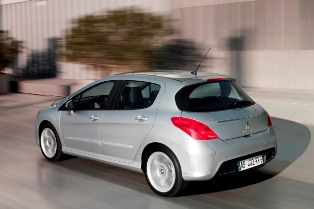 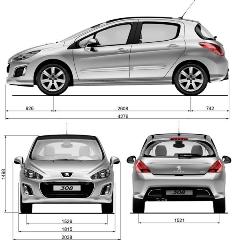