Skip to content
Auto.my – Car News & Classifieds
/
Porsche rolls out the Panamera S Hybrid – the most efficient Porsche ever

Supposedly the most fuel efficient Porsche of all time, the Italian super car maker unveiled their latest Panamera S Hybrid Premium Four-Door Sports Sedan in Geneva recently. This would be the second hybrid model to come out from Porsche and it is part of the Porsche Intelligent Performance development philosophy.

The Porsche Panamera of course is the widely successful 4 door model from Porsche which is the first of its kind and with the new S Hybrid, they are set to set a new milestone especially in the likes of its eco-friendly direction. Despite being a hybrid model, the performance of this model has not been compromised where it comes with a fuel consumption of only 6.8 L/100 km and this come in the back of a 380 horsepower engine.

Hence, what you get with the Panamera S Hybrid is the most fuel efficient Porsche ever made. The NEDC Fuel economy is recorded using low-rolling-resistance tires which has been specifically designed for this reason. Using standard performance tyres however you get 7.1 L/100 km which is very remarkable already. In terms of speed, it gets from zero to hundred in only 5.7 seconds and top speeds at around 268km/h. Powering the car from under the hood is the 3.0 liter supercharged V6 engine that boosts out 333 horses. The 34kW electric motor supplies the additional 47 horses. This is the same engine which is being fitted and tested (and definitely proven) in the Cayenne S Hybrid.

It also comes with the Adaptive Air Suspension with Porsche Active Suspension management adaptive shock absorber system as well as the variable-assist power steering called the Servotronic. It is also fitted with the PCM (Porsche Communication Management) iPod or a USB connectivity as well as bi-xenon headlights. This Panamera S Hybrid will start selling in the United States later this year and will most likely be sold around USD95,000. It would be the new model to join the 6 other Panamera siblings which since it was launched in 2009 has rolled out more than 30,000 units worldwide. With Hybrids pretty much the buzz word around Malaysian roads lately, it might not be surprising to see this new 4 door roadster coming our way soon. 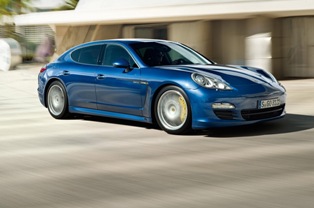 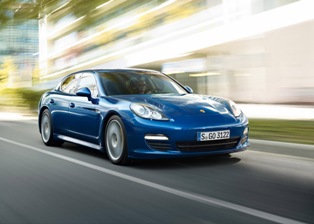 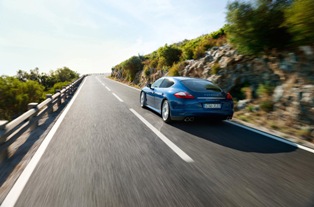 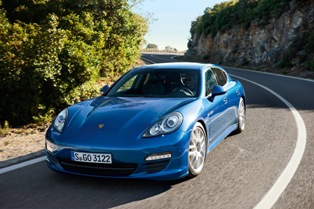