Skip to content
Auto.my – Car News & Classifieds
/
Prius+ comes with all the goodness and carries 7 people

Who would not have heard of the goodness of a Prius? Who would not have heard about the quietness of a Pruis? The answer is most people would have done so. Since the launch of the revolutionary Toyota Prius hybrid car, the world, particularly the automotive world have changed considerably. In fact, the Prius and all those who followed suit have pretty much changed the world into a cleaner place as well as how people perceive and drive cars.

Toyota for one has not rest on its laurels in any way and since their success with their pilot model, they have been continuously working on new upgrades and models to cater to their customers and to meet the rising demands of hybrid cars in the markets. Hence they showed off their latest Toyota Prius+ recently which pushes the bar higher now that it comes with a 7 seater car body.

Now everyone knows who fuel-efficient the Prius is so with one that can carry 7 people and still looks like the original, that would be quite a remarkable achievement. That is just what they did. They fitted the lithium-ion battery pack just beneath the center console which helped them to save space. There are 3 driving modes in this new Prius, just as its other siblings which is the EV mode where you drive in zero-emission as it moves on electric power. ECO Mode is where you drive works on both the fuel and electric energy while POWER mode is where the car focuses on performance.

According to Toyota, they are planning to start selling the Prius+ next year most likely in the first half in Europe while they are planning to roll out with Prius V simultaneously for the American market. Surely for a car that has come along since 1997, it would have come a long way but since rolling out 2.1 million units worldwide, Toyota’s move to carry more people in this ‘legend’ is really going places. The most significant element about the Prius+ is perhaps not so much the engine efficiency as it is pretty much a known fact already so it is just how efficient it would be when carrying more than its usual load it is previously known for. 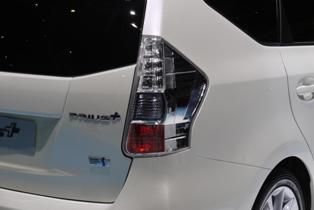 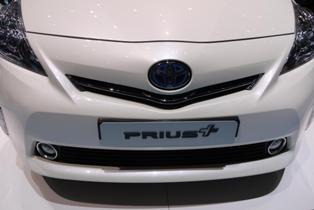