For those of you James Bond wannabes or those who dream of being like him, they have released pictures of the new Aston Martin V12 Zagato.

This would be the production version and not some concept or anything like that. In fact, they have confirmed that the new V12 Zagato will be rolled out in the fourth quarter of this year where it will be launched in the upcoming Geneva Motor Show and it will only be limited to 150 units.

The V12 Zagato first saw the light last year at the Villa d’Este concours show and with the overwhelming response, they have decided that it will go into production. All the 150 units will be made through carbon fiber and aluminum which will be hand made and will take 2,000 man hours which will be painted using 4 specially customized colours namely Diavolo Red, Alloro Green, Scintilla Silver and Alba Blue.

There will be hand-stitched quilting inside the car where it will come with Aston’s own Seven Bridge of Weir while it also comes with satin-finish carbon fiber on the dashboard. The V12 Zagato emblem is seen and they have also placed the proud ‘Z’ emblem on the rear parcel shelf and the headrests. True class this one. 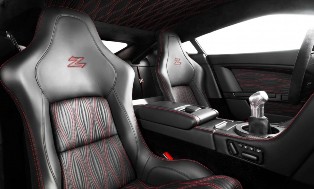 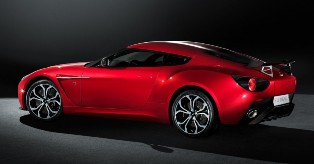