If you have been wondering and perhaps anticipating how our electric car will be like, then you will be more than happy to know that the first prototype of the Proton Saga EV (Electric Vehicle) has been unveiled. This is the first time that the revolutionary model was showed to public where it was developed by national car maker Proton Holdings Berhad together with UTM (Universiti Teknologi Malaysia).

According to Datuk Syed Zainal Abidin Syed Mohamed Tahir, the Group Managing Director of Proton, with the release of the prototype and the success of the development, the company can now surge forward into making better models in the future and that this could just move towards production once everything is in place. With the first stage completing that includes validating the end-to-end product, they can now look into the next stage which will involve pre-testing before considering it for mass production.

The UTM Vice-Chancellor Prof Datuk Ir Dr Zaini Ujang said that the model underwent research and development where they planned to convert the standard Proton Saga from a petrol engine into a fully electric vehicle. The whole process took 11 months and when finished, using a 15 kilowatt battery, the car travelled up to 160 kilometers. Charging took 7 to 8 hours.

As reported, Proton is set to show off their EV models at the upcoming Kuala Lumpur International Motor Show (KLIMS) 2010 and this would just be the model to be displayed then. The development of this model involved some 20 people equally divided among Proton and UTM. The UTM team involved the technicians of PEDG (Power Electronics and Drives Research Group) of Energy Research Alliance which is headed by Associate Professor Dr Nik Rumzi Nik Idris together with lecturers and students in the postgraduate segment.

Among the capabilities of this EV is that apart from travelling up to 160 kilometers, it also top speeds at 125 km/h and gets you from zero to hundred in 14.5 seconds. Apart from that, they have also given the automatic transmission gearbox a tweak by using D, B, P, N, S, E, R which stands for Drive, Braking, Park, Neutral, Sport, Eco and Reverse. At the moment, there has yet to be any news of a production model but with such a model out in such a short time, anything seemed possible from here. 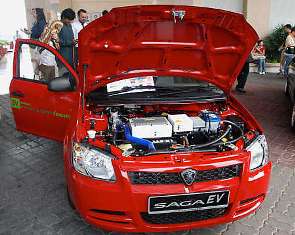 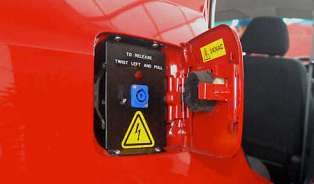 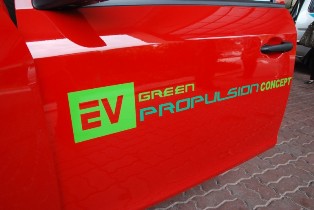