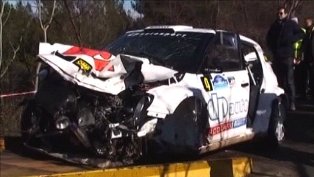 Robert Kubica, one of the driver of Lotus Renault GP was badly injured in a recent accident when he was competing at the Ronde di Andora Rally in Italy. This was seen as a huge setback to the Formula 1 team who had allowed Kubica to compete in other championships during the offseason which has been going on for a while. Kubica has been proven to be very competitive on the rally front but the high-speed crash in Italy, which is the first for him occurred at the opening few kilometres of the race.

Driving the Super 2000 Skoda Fabia rally car, the Polish had to be airlifted to a hospital nearby where he was reported to have been conscious throughout the journey and his injury was reported as being ‘very serious’. The injury also threatened to end his Formula 1 and perhaps his motorsports career because his right hand was partially severed in the tragic accident. In the incident where the car hit the church wall, Kubica also suffered fractures on his arm and leg.

Upon reaching the hospital near the town of Genoa, Kubica was given surgery for 7 hours and this means that the recovery process will be very slow. Hence, the 26 year old driver will surely not be fit when the 2011 Formula 1 season starts next month in Bahrain. in fact, with such serious injuries, Kubica would most likely be sitting out the entire 2011/2012 season as he would need a long time to heal. Professor Mario Igor Rossello, the specialist surgeon said that at the moment, they cannot conclude if there would be any long term implications although he played down claims that Kubica was in danger of losing his hand.

He said that at the moment, doctors cannot yet confirm if Kubica’s hand could fully recover but he was ‘moderately satisfied’ with the surgery to rebuild the hand. He added that it would be best to give Kubica at least a year to fully recover to the best possible state and that he expects Kubica to recover enough to ‘resume his activity’. Kubica’s co-driver Jakub Gerber however escaped from the accident unharmed and this would be a testing time for the Lotus Renault F1 team who would now need to summon third driver Brunno Senna to race in Kubica’s absence when the season kicks off with Romain Grosjean and Fairuz Fauzy also available. 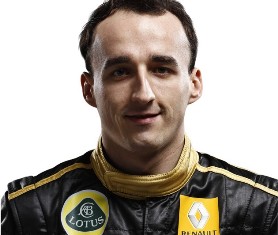