Skip to content
Auto.my – Car News & Classifieds
/
Sales of Ford cars in Malaysia up by 230%

From January to June 2011, it was recorded that there has been 3,458 Ford vehicles sold in Malaysia. This is translated to a 230% increase of sales as compared to the first six months of 2010 which means that it is the fastest growing car brand in the country at the moment.

The huge improvement and increase in sales were mainly contributed by the recently launched Ford Fiesta that came onto our roads in October last year. If anyone recalled, Ford has not been totally the vehicle of choice some time ago and such records show that they are back in the Malaysian drivers’ hearts and competitors would surely be wary of the American brand now.

The Ford Fiesta is imported from the Blue Oval’s manufacturing plant in Rayong Thailand by Sime Darby Auto Connexion. In the 3,458 total, 59% of them are Fiestas which is at 2,035 units. 34.2% of the total came from the Ford Ranger, the best selling pick-up truck in Malaysia which is translated to 1,183 units rolled out. The Ford Focus and the Mondeo contribute to the rest of the numbers.

According to David Westerman, the Asia Pacific Regional Manager of Ford Export and Growth Operations, this healthy growth in the Malaysian market surely are exciting times for Ford where customer’s confidence is on the rise and they will continue to be launching new models here which are environmental friendly, innovative and safe. 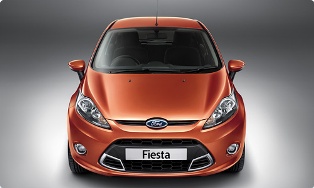