Here is something really cool as Car Film Components, a German company has come out with one of the coolest Beetle ever. CFC as it is known in short is taking this step even though the current New Beetle is set to be exiting the market soon.

They have given the model a nice looking wraparound which covers all major parts where the designs also touches on the side skirts, the fenders and the bumpers too. The obvious designs are on the body and that is impossible to miss, but it is in the small line along the circular of the rims that makes it really cool here.

This would surely give the VW Beetlesome sort of ‘youth’ after the recent news that they will be discontinuing this model after this which many would think that it is ‘old’ already. CFC used the convertible version and has injected some art-form into it. Using the Sticker Bombing concept and velvet foil, they have seriously given the Beetle quite a distinguished personality.

Now these are quite common with people who like to beef up their cars particularly in the inside but CFC surely has decided push the bar even higher by ‘bombing’ the entire car. Classic! They have not only put the designs into the body but so serious are they that they also covered the wheels. 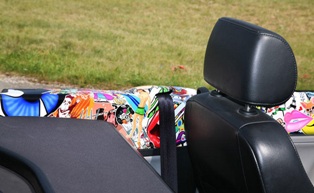 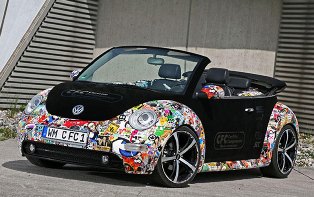 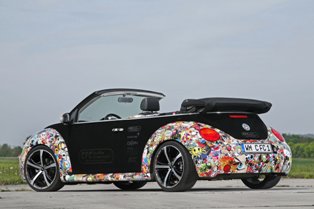 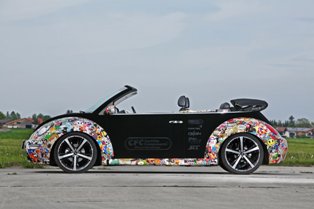