What you are looking at in these images are pictures of the fastest solar powered car in the world, the Sunswift IVy where it broke the Guiness World Record recently. The record was held by the Sunraycer developed by American automotive giant GM (General Motors). That was back in 1988 when the Sunraycer took home the record through its 1,500 watts of solar power that clocked 78km/h. It has since been 33 years and the new Sunswift sets the new time at 88km/h and it only required 1,050 watts of solar power to get there.

First looks of this vehicle reminds you of the wing of an aeroplane which draws its inspiration from the teardrop, naturally the most efficient aerodynamic shape and the IVy is designed to manipulate this very concept of minimum drag and minimum lift in order to obtain the fastest acceleration power. The concept car is only designed to fit a small person, so at the moment it is still not quite the most comfortable vehicle to sit normal adults.

The Sunswift was developed by Australia’s University of New South Wales and the record was set at a navy base in the vicinity. The team was established by the students from the University’s Faculty of Engineering where they used some 400 silicon cells and the car is only about 1/10th of the average weight of today’s cars. To get to an average speed of 85km/h (which is almost the standard speed limit of our highways here), the Sunswift’s 98% Brushless CSIRO 3 phase DC motor would require only 1300 watts of solar power which is about the same amount you use to toast 2 bread.

To develop this car, the team used carbon fiber to build its frame which is why it is so lightweight. It cost AUD 280,000 to make this car which is able to get to 115km/h top speed. That’s pretty impressive considering that the car does not require petrol or any other energy source. Having said that, the element of practicality would still be something that needs serious considering and if the future looks like this, then they surely need to build something which sits more passenger and are more user-friendly. But for now, UNSW can stand tall with their World’s Fastest Solar-Powered Vehicle tag. 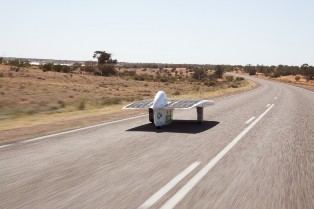 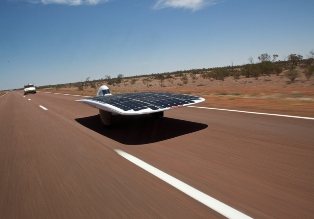