Look at the pictures, you will surely go Whoa! if you haven’t already done that already. What car is this? you might ask. Gentlemen, you are looking at the very futuristic Toyota FT-86 II which is set to be unveiled at the upcoming Geneva Motor Show. The good news is that this car is set for production next year. So it is going to be one hell of a ride.

The Toyota FT-86 II is actually an updated version of the previously shown Toyota FT-86 Concept and this update must be nearing its production stages so be excited boys, be very excited. The thing is, it has been quite a while since we have heard or seen anything this sporty coming out of Toyota. Who could forget the days when the Supra, the Celica were the kings of the road. And now it seems that Toyota is ready to re-stake their claim in the sporty world again. Toyota had in August 2009 announced that they will be jointly developing a compact rear-wheel drive sports car with Fuji Heavy Industries and this resulted in the FT-86 II.

It all began when Toyota first rolled out the 2000 GT which made their mark in the manufacturing of vehicles in the sports car segment. They then continued to make further inroads when they came out with their Celica, Supra and the widely popular MR2 which drives us towards what is seen in this black beauty now.

The long proportions and the low bonnet gives this wonder nicer looking aerodynamics which will be very much inclined with what the company is planning to do in the near future with regards to its sports car direction. Codenamed ED2, this concept is undertaken by the European Design Development Center which they labeled it as a ‘functional beauty’ model with aerodynamics borrowed from their experience in Formula 1. Measuring at 4,235mm long, 1,795mm wide and just 1,270mm high with a wheelbase of 2,570mm this could well set the standards to the future of sports cars.

It is powered up by a boxer petrol engine paired with a 6 speed manual transmission gearbox with the driving position and powertrain set as low and as far back as they could. This according to the designers was to ensure that they optimize the balance for better stability in high speed as well as better performance. 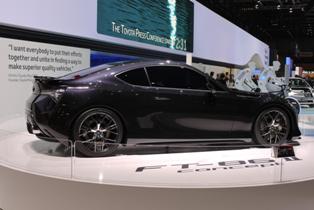 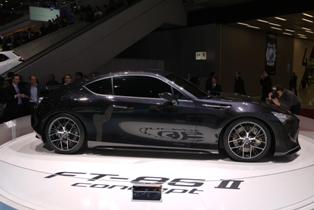 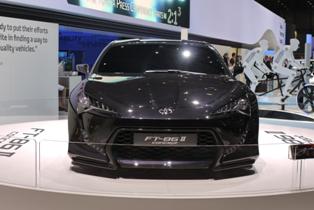