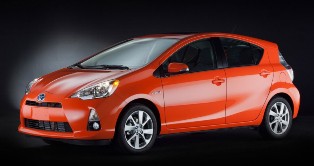 Japanese automotive giant Toyota has unveiled that they will be adding another variant into their highly successful hybrid Toyota Prius. Behold the Prius C which will be added into the current hatchback and the Prius v model. This would be the plug-in version which was first seen recently at the Detroi Motor Show.

Toyota will be launching the new Prius c at the upcoming Tokyo Motor Show at the end of November and it will be smaller and more affordable than the current Prius fleet. The 1.5 liter petrol engine and the Hybrid Synergy Drive technology that will come with an electric motor, you will get up to 35 to 40 kilometers per liter in this one. It will go on sale in the subcompact segment in the United States with its size of 1,445 mm tall, 3,995mm long and 1,695mm wide. It shares a similar wheelbase with the Toyota Vios which is at 2,550mm.

In Japan, it will be marketed as the Toyota Aqua where it would be fitted with pretty much the standards this day including steering wheel mounted audio controls, Bluetooth connectivity and airbags and with the success they are enjoying, particularly in the United States, this will surely be yet another feather in the hat for the pioneers of hybrid vehicles. 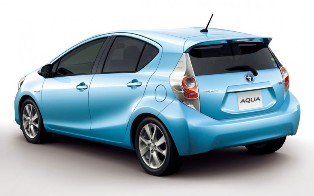