They have yet to confirm when the official launch will be though but you can place your bookings now with the branches for the car which typically is the Subaru BRZ which essentially is the result of the joint-venture between the 2 automotive giants. The Toyota 86 is a front-engine, rear-wheel drive model and basically is a coupe that comes with a 2+2 layout.

Known in other markets as the Scion and Subaru BRZ, it will be here as Toyota 86 where its name was inspired from the AE86 and the Scion is targeted for the American market while the BRZ has a different front design. Otherwise, they are basically the same car. The 86 was first seen as a concept at the 2009 Tokyo Motor Show and in the 2011 edition, the production version was shown. For the Malaysian market, they have estimated that the 86 will be priced around RM243,000 for the manual transmission model while the automatic version will be priced from RM249,000. Other details released so far is that the 86 will be wrapped with a choice of 6 colours namely the Sterling Silver Black, Lightning Red, Orange Metallic, Galaxy Blue Silica, Crystal Black Silica and for an RM800 more, you can get the premium Satin White Pearl colour. 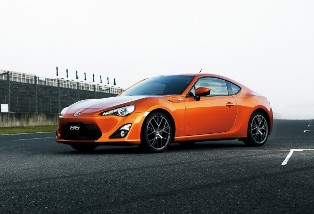 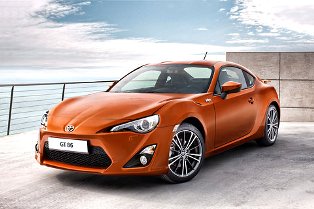