It seems that this is the season of updates and facelifts as the distributor of Toyota cars in Malaysia, UMW Motors Sdn Bhd announced their introduction of the 2011 updated Toyota Rush. This came following the recent introduction of the updated Toyota Avanza that came with darker interiors. Following the trend of its MPV sibling, the Rush now also comes with darker interiors and colour scheme as well.

Apart from the look and feel, there aren’t really much changes around the car as it still comes with the same engine. Basically, the Rush is still the 7 seater SUV which is a rear wheel drive car similar to that of the Avanza. It is powered up with the 1.5 liter VVT-I engine that gets you up to 107 horses and 141Nm of torque at 4,400rpm. The new version is typically the same one which is on sale currently which is 4,410mm long, 1,695mm wide and 1,745mm tall with a 2,685mm wheelbase.

Just like before, it still has 3 variants namely the Toyota Rush 1.5S Automatic sold for RM96,990, the Toyota Rush 1.5G Automatic at RM91,190 and the manual 1.5G version which is sold for RM88,190. The suspension system provided is standard with a MacPherson struts with a stabilizer bar for the front where disc brakes are also fitted. This SUV is known for its 2-3-2 seating arrangement where it might be a bit tight if 7 adults fit into it. But the intent is clear with the ceiling mounted air conditioning vents on the second row.

Standard safety features here include dual SRS airbags for the front, ABS and EBS on the 1.5S model while an MP3 playback audio system in provided and channeled through its 6 speaker set up. If you are going for the 1.5S model, you will get more cool additions like a rear spoiler, an LED powered stop lamp behind and leather wrapped gear knob and steering wheel. This updated version has changed the gear knob design as well as its steering wheel.

On top of that, they have also given you a new front bumper for the top range model with new designed tail lamps as well. To solve the space problem in its previous model, they have now made the third row of seats fold-able by 50:50 too. 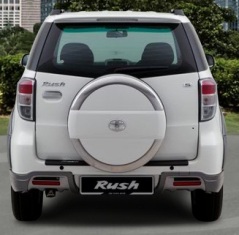 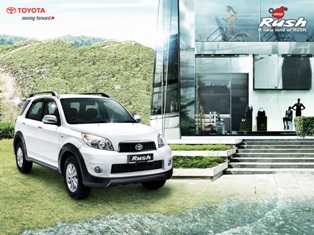