German automotive giant Volkswagen has announced that their latest concept car which is developed based on the ‘Up!’ will be going into the production lines come 2013.

The new e-up! was shown recently at the Frankfurt Auto Show which is the near-production version. This comes with its arc-shaped LED daytime running lights while the engine is capable to reaching 60kW, top speeding at 135km/h.

The electric motor is adopts very much the de facto these days where the motor is almost silent that wheezes out 210 Newton meter from a standstill. The reverse and forward gear pushbuttons are placed ergonomically on the center console for convenience and to free up space.

According to VW, the battery is able to get you up to a maximum distance of 150km through its 18kWh battery which is fitted in the underbody of this car which frees up the front of the car to place the all key drive and ancillary components. This zero-emission vehicle comes with its ‘2 drops blue’ colour scheme throughout the outside and the inside. If one had followed the developments of the up!, VW had once called it the ‘Beetle of the 21st Century’ and this all-electric city specialist’s major element would perhaps be its weight which, reportedly will be lightweight. The e-up! could well be on its way for bigger things to come, and surely on the way up!! 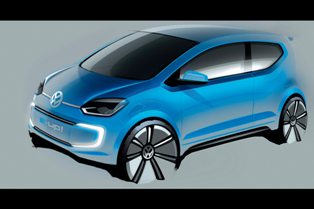 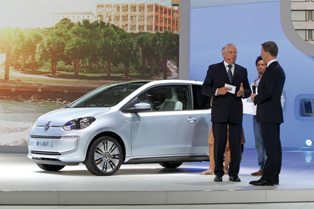 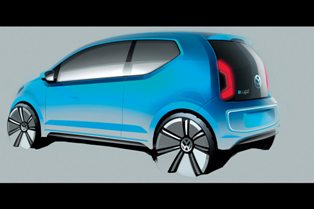 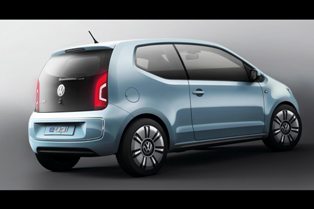