It seems that Volkswagen is really upping the ante with their cars here as they are launching new models one after another.

Joining the recent R Line series of the Golf R and Passat CC R-Line will be the widely anticipated Volkswagen Scirocco R which was launched by Volkswagen Passenger Cars Malaysia. If you like the Scirocco, you will surely like this one because this is the best and top of the range so you might just desire this more than anything else.

After all, it is powered up by a 255PS 2.0 TSI engine and will be priced at RM281,060 on-the-road without insurance. This is the same one you get in the Golf R where it is mated with a 6 speed DSG gearbox. The Scirocco R comes in 6 colours namely Iridium Grey, Rising Blue, Reflex Silver, Viper Green, Candy White and the mysterious Deep Black. It takes only 6 seconds to reach the century mark and is fitted with 19 inch Talladega alloy wheels which is specially designed for the R series and wrapped with 235/35 rubbers.

Apart from that, you get bi-xenon lights, rear spoilers, a panoramic glass roof, an 8 speaker sound system powered by Dyanaudio as well as leather seats and a dual-zone Comatronic system. And we haven’t talked about its aerodynamics yet, but that is quite a known fact already isn’t it? 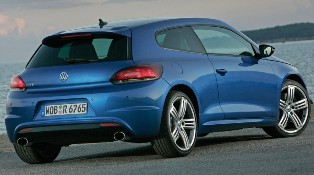 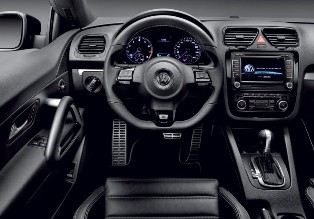