Every once in a while we are entertained with a tweaked model of an already powerful car and it gets everyone buzzing with excitement and that is what German car maker Volkswagen had done with their new VW Race Touareg 3 Qatar Concept. This model was recently showcased at the first Qatar Auto Show just a few days ago where the company showed off 2 SUV concept cars.

The first model is the VW Race Touareg 3 Qatar Concept which is the model used to participate in the Dakar Rally recently while another model is the 24 carat gold blended Touareg Gold Edition, but that is another review altogether. The one we are talking about currently happens to be the big-footed version which is supposedly a real and genuine rally model similar to the cars you see competing in the Rally as well as the one in South Africa.

It was designed and developed to undertake the rigorous expectations of the race, aptly
known to be the world’s toughest and with this, VW has built the car capable of speed and strength. It gets from zero to hundred in merely 6 seconds. The plus point about this car is that, despite it being built solely for the rally reason, it is also a street legal model, meaning to say, if VW decides to roll this car into production, they could do so without making any changes or stripping down any parts. This is as good and as natural as it can get. VW has yet to unveil if this is going to be the production version but if it ever gets there, surely it might just be a limited edition one.

The Race Touareg is just slightly over 6.5ft wide with 18 inch BBS wheels installed. After all, this car has a reputation to follow after it won the 2011 Dakar Rally. The ‘Race Touareg’ emblem is attached to the car so that one is constantly reminded of what machine this is particularly with its 305 horsepower engine under the hood. It gets the ‘Magic Morning’ colour scheme which is also the same package you get on the ‘Gold’ edition. Inside the car, you will get Recaro bucket seats that comes with Nubuk seat side supports. Stay tuned as we bring you the ‘Gold’ version soon. 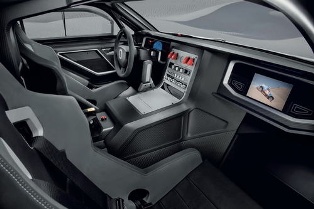 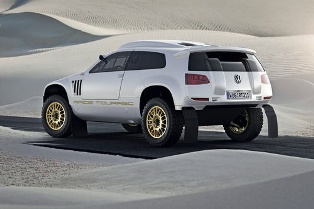 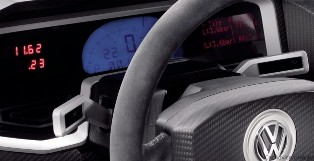 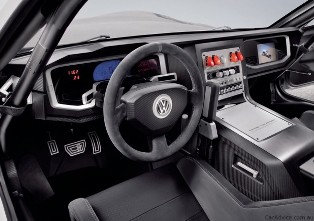