Come March this year, Volvo Malaysia will be launching the new Volvo S60 where as with most cars under the company’s product line will first be introduced in CBU (Completely Built Unit) configuration. After that, they will then move it to the local assembly plants where you will be able to get the smaller engine versions and of course, cheaper Volvo S60s for sure. Releasing the model here has been speculated for a while now and now it is finally here.

The S60 will first be launched with the T6 and T5 versions where according to the company, they are planning to start the local production models in the third quarter of this year. The estimated pricing for the T6 would most likely be around RM350k while the T5 would most likely be sold around RM290k when they start rolling them out of their Shah Alam plant. They will most likely come with the turbocharged direct injection 1.6 liter GTDi engine and would be named either T3 or T4 depending on what the company decides. Now if you haven’t already know, unlike the older naming convention from Volvo cars, they no longer depict the engine capacity in their model names and T3 does not in any way tell you what the CC is like.

The stock T6 however is a more powerful engine which is a 3.0 Liter in-line 6 turbo engine that gets you up to 304 horse and 44-Nm of torque between 2,100 and 4,200rpm mated with the Geartronic 6 speed automatic transmission gearbox. On the other hand, the T5 is powered up with a 2.0 turbo engine that boosts out 203 horses. Both the models, as mentioned are CBUs and would come with the standard safety features that include a full auto brake Pedestrian Detection system, the Rollover Protection System, Driver Alert Control, Advanced Stability Control, City Safety, BLIS (Blind Spot Info System) and many more which is what Volvo is pretty much known for. On top of that, the T6 is also fitted with the self adjusting FOUR-C active chassis. There would be more details which will be released when the models come our way next month to add on to 2 suspension settings in the S60 which is the Comfort and Dynamic versions respectively where the latter is allocated to the Malaysian market. 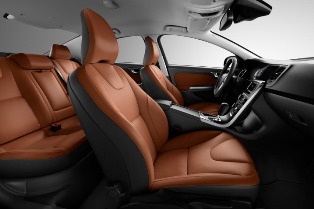 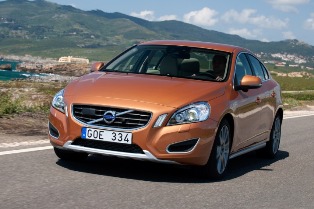 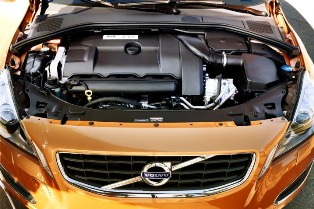 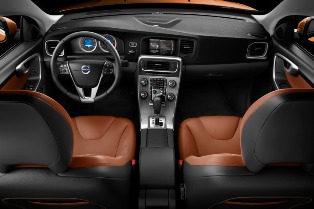