The automotive and the world at large are all looking forward to the upcoming Geneva Motor Show because this is where the players are strutting their latest technology and cars. So Volvo will make their claim in the eco-friendly segment where they will be putting out their ‘3 cars in 1’ first diesel plug-in hybrid vehicle, the Volvo V60. This is surely the first of its kind in the world.

According to the Swedish car maker, the V60 is production ready meaning that it is no longer in the concept level. So it would be rolling out the manufacturing line starting next year. The V60 is reportedly ready to roll with emissions of carbon dioxide of below 50g/km. This was made possible through the collaboration of the company with Vattenfall, an energy supplier from Sweden.

Now if you think a step further, the V60 with its diesel engine means you get very low fuel consumption and on top of that CO2 levels as well. A button is used to select which mode to drive in. You can choose to either go on electric which will go for 32 miles in a single charge on its ‘PURE’ mode or on the high-efficiency hybrid mode with a 49g/km average of carbon dioxide emissions on ‘HYBRID’ mode. Otherwise you can go for the ‘POWER’ mode which is performance level mode basically. This is where you get a combined 215 plus 70 horses boost that takes a little less than 7 seconds to reach the century mark through its 2.4 liter D5 turbo diesel engine (boosting out the 215 horsepower part) mated with a 6 speed automatic transmission gearbox. The 70 horse are derived through its 12 kWh lithium-ion battery pack electric motor on its ERAD (Electric Rear Axle Drive).

As it is found that mores drivers in European cities drive less than 32 miles a day on average, the electric charge is seen as sufficient. However in the event that more miles are needed, the diesel engine could be used which naturally is very cost efficient so it seemed like an ideal combination. No news on the price as yet but you can surely expect it to be more expensive than the petrol V60 as this really is a 3 in 1 car. At the moment, Volvo is also concurrently developing the C30 which is a purely electric vehicle. 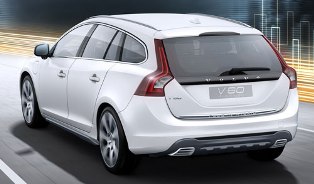 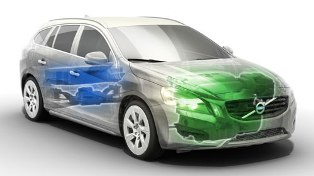