The local distributor of the Maxus commercial vans, Westar Maxus has launched their new Maxus V80 multipurpose van at the recent Shanghai Auto Show 2011 through Shanghai Motor Commercial Vehicle or SMCV which is part of the bigger SAIC (Shanghai Automotive Group). Tan Sri Syed Azman Syed Ibrahim, the Managing Director of the Westar Group officiated the delivery of the new V80 to Lan Qingsong, the president of SCMV during the exhibition where it held its worldwide launch.
Qingsong said that the launch marks a new milestone for both Weststar and SMCV and it is an exciting move ahead for the Malaysian, Chinese markets as well as the surrounding ASEAN region too. SAIC is one of the global leading automobile companies where it has a turnover of more than USD50billion. For the China market, it has been reported that SAIC has since received some 80,000 orders for the new V80.
Weststar will be rolling out the new models from its manufacturing plant in Port Klang into the Chinese market starting August this year and it will come with an initial 10,000 units per year. The CKD models will form part of the joint venture business between the 2 companies. Tan Sri Syed Azman said that the Maxus van is already performing very well in Malaysia where it is being used by various commercial and governmental agencies like the Fire Department, the Armed Forces, the Ministry of Youth and Sports as well as the Health Ministry. It is also used as ambulances and with such a good track record, they are more than prepared to bring the latest model to other parts of the Asia-Pacific region.
Weststar Maxus is the distributor of the Maxus commercial vehicles in Malaysia since 2006 where it has been supplying the vehicles for many public and private bodies. It holds the distribution rights for the entire Asia Pacific region and come early next year, they are planning to go into Japan, Indonesia and Thailand. The new V80 comes equipped with a 2.5 liter TDCi Euro4 engine where it is known for its sturdiness as well as its safety features. 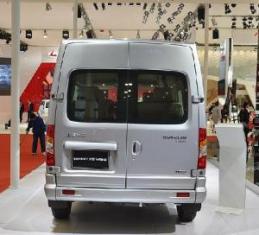 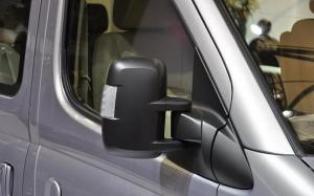