Called the individualist manufacturer, Wiesmann unveiled their Wiesmann Spyder at the recent Geneva Motor Show which proves that minimalism still has a big part to play in today’s exclusive car segment. Seriously, take a look at this. It has all the elements of what a cool car would look like and Wiesmann has the tools and features to go with it as well.

The company called it an ‘extremely purist, convertible sports car’ but others would just love it as this 2 seater sports car was designed to provide the maximum driving enjoyment for the driver. For starters, it only needs a little less than 4 seconds to get from zero to hundred and would be able to rake up to 290km/h max.
This car is also very designer based as it is made based on the early designs to have come out from the Wiesmann brother’s earlier models. The key word of this Spyder is ‘purist’ and it weighs less than 1000 kg. Powered up by a 4 liter, V8 engine, it gets you some 480 horses which according to the company is the ‘most extreme’ Wiesmann they have ever made. With no doors and windscreen, this 2 seater surely is a phenomenal model.

Going with the times, Wiesmann’s earlier models have been given a new design language direction after they received numerous requests for an extremely purist model. They presented the design study at the show and according to Friedhelm Wisemann, the General Manager of Manufacturing, they will use the feedback from the show to see if the Spyder would be well received. Hence, they will be encouraged and would surely be welcoming views from their partners, industry experts and also very importantly, their customers.

They also confirmed that at the moment, they have yet to decide or confirm if the Spyder would be going into production and even if it does, it won’t be before 2012, so the world still have to anticipate for its mass arrival if at all it gets there. But whichever they decide, this surely looks like a good looking car and without the trappings of the door and its handles, the design’s fluidity surely looks prominently promising here. Keep your fingers crossed people because this car is surely ready for the big times. 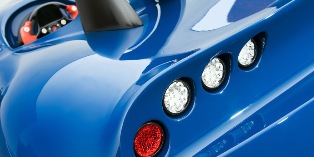 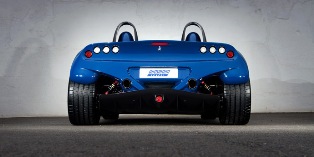 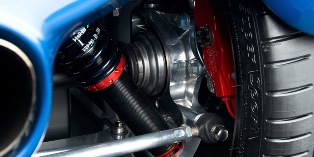 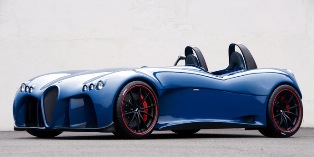