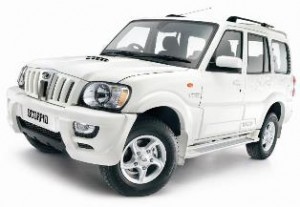 Mahindra & Mahindra Limited is the company that manufactures and markets the Mahindra brand of vehicles globally. It is one of the oldest automotive brands from India where it was founded in 1945 and currently headquartered in Mumbai, India. The company is mainly involved in the production of automobiles and commercial vehicles which is currently headed by Anand Mahindra who is the Managing Director of the company.

The multinational company is one of the largest manufacturers of vehicles in terms of production from India and is among the most successful ones in the commercial vehicle segment globally. In fact, it is the largest seller of tractors in the world while in 2014, Mahindra is in the top 10 most trusted brand in India.

It started out as Ludhiana which was a steel trading company back in 1945 and only changed its name to Mahindra & Mahindra in 1948. Through this initiative, Mahindra grew and expanded into producing other vehicles including agricultural tractors before moving into the utility vehicle segment when it launched the UV Scorpio to much success.

To date, the Mahindra Automotive and Farm Equipment Sectors (AFS) remains as one of the most prominent revenue contributors to the group. On the other hand, the automotive business of Mahindra is the number 2 CV player in the Indian market and controls more than 45% of the utility vehicle market there.

The primary name of Mahindra has a full range of vehicles that include saloon cars, SUVs, commercial vehicles, motorcycles and most notably, tractors. With assembly plants in the UK, the US, India and China, Mahindra is quite a global brand which has garnered a lot of positive response from its respective markets.

In 2007, Mahindra entered into a joint-venture with France’s Renault and then in another joint-venture with USA’s International Truck, started making heavy-duty trucks and other vehicles through its Mahindra Truck and Bus Division. In its line of products, Mahindra has more than 20 different models that cover MUVs and LCVs.

In 2008, Mahindra announced more exciting products and in 2009, the Xylo was rolled out. Within the first half year, more than 15,000 units of the Xylo was sold.

Mahindra is very popular in India while it continues to establish a foothold in other markets around the world, including Malaysia. The Scorpio remains as one of the most successful models ever produced by Mahindra and continues to be a major model in most market segments.

In Malaysia, the Mahindra brand is not as popular as compared to other major automotive manufacturers like Toyota and Nissan. The brand was distributed by Hicom Commercial Automotive, a subsidiary of DRB-Hicom, a major player in the local automotive industry which operates brands like Proton and Volkswagen.