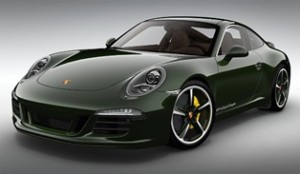 One of the most distinguished brands in the automotive industry is supercar brand Porsche. Over the last few decades, the Porsche 911 series have made progress in almost every market it ventures into. This supercar is based in Stuttgart, Germany which is where it originated from. Founded by Ferdinand Porsche in 1931, the distinguish car design has become a mainstay among the elite group of car owners as well as among the rich and the famous.

Porsche is currently owned partially by Volkswagen AG, one of the largest German automotive groups in the world today. The rest of the stakes are owned by the families of the company. The Volkswagen group currently holds the rights and ownership to a list of reputable automotive brands like VW, Lamborghini, Audi and Bentley. Porsche’s 911, Boxster and Cayman series have been hugely successful in their respective markets while its SUV model, the Cayenne has been making very good progress in various markets around the world including Asia and other continents.

The Porsche logo remains as one of the most iconic emblems around. Known as the Coat of Arms of Stuttgart, it refers to where the car originated from. Meanwhile, when it comes to design, no other car can be as distinguished as the Porsche.

The 356 was the first car that had the Porsche emblem with designs borrowed from another automotive icon, the Volkswagen Bettle. Since then, Porsche’s large headlights have continued to become a legacy on its own. It has inspired later models from the German carmaker with some of the most revolutionary technologies in the automotive industry.

The Porsche 911 GT3 R Hybrid was launched in 2010 which is one of the fastest hybrid cars ever made. Developed by the Williams F1 Racing team, the hybrid technology is almost unheard of but is considered to be one of the most efficient in its class.

This model is perhaps one of the most recognizable cars in the world. In 1964, the first air-cooled 911 was launched. After that, the 993 followed suit. To say the least, there has been a lot debate on whether the 911 or 993 should be the icon for Porsche.

With so many drivetrains coming in and out of the stable, the 911 or 993 will continue to be the most talked about car for many decades to come. Another model which have been garnering a lot of positive reviews is the Porsche 911 Carrera RS.

Meanwhile, the 4-door Panamera saw Porsche move away from the more conventional 2-door vehicles and appealed a lot more to the middle-age and family-oriented group, allowing the supercar to compete against the likes of other luxury brands besides the more common foe, Ferrari and others.

Despite that, Porsche continues to be a top brand in the luxury car segment, driven by those in the upscale market while it is constantly active in the area of motorsports and many other events in its segment. It is marketed by Sime Darby Auto Performance Sdn Bhd in Malaysia which is involved in several other automotive brands as well.

One of the significant Porsche activities in Malaysia in the early 90s was the PCHK(Porsche Club Hong Kong) tours and races at Shah Alam and Johore race tracks.There were no official agents or importer of Porsche cars in Malaysia and cars coming in were from the grey market. Gatherings were few and amongst several owners at a time for sunday morning drives.

There were several attempts to start the Porsche Club of Malaysia over the years and today’s club is the cumulative effort of Porsche owners who finally gathered enough interest, resources and passion to organize a national club.

We now have more then 180 members from all over the country including East Malaysia and Singapore. The Club is affiliated to Porsche AG of Germany.

The Porsche Club Committee meets once a month to organize events, drives, and driver training. We are very excited about programs which include drive clinics, autocross, motor-sports events, exciting drive destinations, and social events.

We invite you to talk to us and visit our website at www.porscheclub.org.my to find out more about the club.

Want to be a better & safer driver? Driving clinics and track days are the best form of driver education. We are setting up a systematic and controlled advance driver’s training and grading program for road and track. This caters to members of all categories and experience.

Autocross events where one can drive in a safe environment and learn car control techniques.

Races at the tracks are more fun when you go with friends. We organize ticket bookings for F1 races etc.

Drives are planned every other month to various destinations around the country with an occasional drive to our neighbors to the North and South. Most are day drives out of KL and some are for the weekend which may include a social activity or golf but always good food.

Members are encouraged to suggest interesting drive destinations. Good food could be one of the attraction and of course nice long sweeping roads.

Members’ Night is a social get together for club members to meet and chat about their passion and anything else. Occasionally includes talks on related motoring matters.

The Annual dinner is usually held after a main event like the Formula 1 race where we invite Porsche Club members from other countries to join us.

Overseas excursions are arranged to the Porsche factory in Stuttgart, Germany, and Porsche Driving Courses at Mount Cotton, Australia.