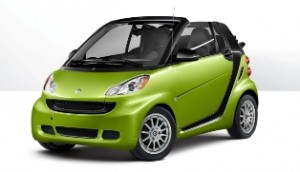 Smart Automobile is the company that designs, manufactures and market the range of Smart microcars. It is a part of the Daimler AG group, which is one of the largest German automotive brands in the world that owns Mercedes-Benz as well. The Smart brand is known to be one of the most revolutionary vehicles ever produced which was founded in 1994 and is headquartered at Boblingen in Germany.

Since it was established, Smart cars have been very successful in various markets where its most popular models like Smart Fortwo and Smart Forfour have appealed to drivers around the world. What makes the Smart car so significant is that it is meant for the group of owners who enjoy economical and eco-friendly driving.

The first generation of Smart cars were designed by Swatch and operated on Mercedes-Benz’s engines. The idea came from SMH, the makers of Swatch to have a vehicle that can be customized in terms of design the way the Swatch products do. The idea was later expanded and before long, a whole range of revolutionary Smart vehicles were already seen on the roads around the world.

The smart car is branded using lowercase letters which makes it very unique and different. With a strong presence in more than 45 countries, it has reportedly sold more than 1.7 million units by 2015. Today, smart is sold across the world in the Americas, Africa, Australia, Europe and Asia with an office in Malaysia.

What makes the smart brand so distinct is clearly in its name. Smart is actually an acronym for Swatch and Mercedes ART (SMART). Its logo has as C which refers to compact while an arrow was used to depict a forward notion.

The smart city-coupe was launched in 1998 which would then become the new Fortwo. That would become the iconic model for smart for decades to come. Later on, the the Roadster was unveiled. The rear-engine model was met with a lot of success and then the Forfour was launched.

However, despite the hype and buzz of the models, smart was not doing too well although there has been several smart concepts shown. To date, smart continues to launch new versions and currently has the Fortwo coupe and the Cabrio models around the world.

The Smart Fortwo is renowned for its size and compactness as well as the cool colors that came with it while hybrid engines mean that Smart cars are more economical and environmental friendly. The popularity of Smart cars have since expanded to many parts of the world and into Asian countries like Malaysia where it has a strong following of customers in this market segment.