General Motors’ Chevrolet will be celebrating its Centennial celebrations this year. And in commemorating its century old birthday, the Corvette which is now 100 years old will be getting a special Centennial Edition. If you haven’t already know, GM celebrated its centennial in 2008 so it is now the Chevy’s turn. The car will surely not be making its way here to our roads anytime soon but with Chevrolet making headlines these days, it might just happen.
For the new Corvette Z06, you will get a nice looking cosmetic enhanced model. This is where they have come out with a Carbon Flash Metallic colour body which is made specifically for this model. Apart from that, they have also included satin black graphics, red brake callipers as well as special emblems of the Louis Chevrolet nicely placed on its B-pillars.

The dark persona is further imposed into the insides where you will see its Ebony leather and red stitching around. The new design is made available on all Corvette models that will include the ZR1, the Grand Sport and the Z06 which is the first of the Centennial Editions. This is where the Z06 comes with a VIN number 100. This first model will be auctioned off in Florida and proceeds will be used for charity.

It comes with a Z07 performance package, a CFZ carbon fiber package as well as a new fiber hood made particularly for this model. Apart from that, it is also fitted with the newly designed Centennial Satin Black wheels which are made from cast-spun aluminium. The centennial logo can be seen on the seat headrests while the wheel center caps and steering wheel are all fitted with the image of Louise as well.

The numbers ‘100’ are placed onto the middle of the standard Chevy logo (the cross) where the car is powered up with a 7.0 liter LS7 V8 engine paired with a manual transmission gearbox. The rear wheel drive car will boost out up 505 horses and 637 Nm of torque. They will also be including the Magnetic Selective Ride Control system in this one famed as the fastest reacting suspension system in the world. 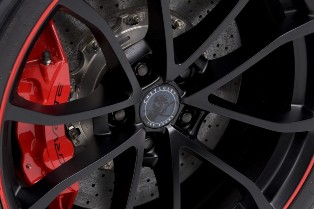 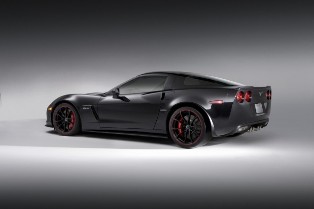 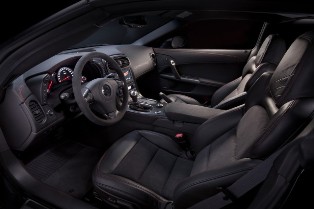 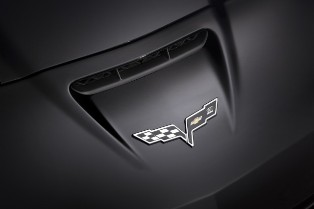