It now comes with their own in-car connectivity system known as the SYNC and other cool technologies.

Essentially, SYNC connects mobile devices in the car through either the USB or Bluetooth while it also comes with the Active City Stop system which is activated to assist the driver in avoiding collisions when driving in low speed. If you haven’t already know, the SYNC is also featured in the recently launched Ford Focus here.

Apart from that, it also comes with the MyKey system which basically allow you customise certain configurations like the maximum speed, audio volume and such. This is basically a type of parental lock system. They are targeting the UK market which will be officially launched in January while they are also planning an ST version which will come with a 1.6 liter EcoBoost engine. 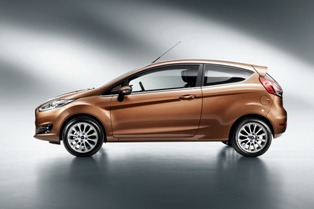