The new Ford T6 Ranger has arrived to our shores.

This new pickup model was launched recently where it comes with 3 variants which are the 4×4 2.2L XLT which comes in automatic and manual transmissions and the 4×4 3.2L XLT Wildtrak which is the top-of-the-range model. The T6 Ranger is priced at RM89, for the manual version while the automatic version is sold for RM95,888. The top Ranger 3.2L XLT Wildtrak is priced at RM116,888 all on-the-road with insurance.

Since its launch, the Ranger has already been receiving overwhelming response where there is a long waiting list, especially for the Wildtrak model. One thing for sure, the buyers must be really happy with the size which is substantially bigger than the previous model and it is powered up through the Duratorq TDCi 2.2 litre variable geometry turbodiesel engine on the 2.2 version and the 3.2 litre five-cylinder engine on the Wildtrak which comes with the 6 speed automatic transmission.

Safety features include the standards like ABS and EBD while the Wildtrak is fitted with ESP, hill descent control system, hill launch assist and 4 airbags as opposed to 2 in the 2.2XLT. Apart from that, the Wildtrak also comes with its dual-zone climate control and 18 inch wheels while the 2.2L only comes with 16 inch ones. 2 colours are offered in the Wildtrak, namely the Chili Orange and the Cool White while the 2.2 sibling gets you 6 colours which are the Cool White, Black Mica, Metropolitan Grey, Aurora Blue, Highlight Silver and Gunmetal Blue. 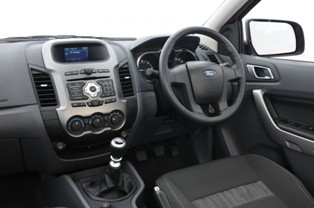 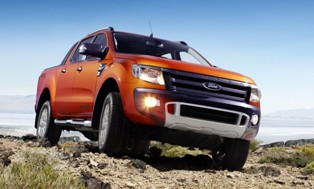