If you are one of the speed lovers, then you must really head out to the upcoming Super GT race this coming June 9 to 10 at the Sepang International Circuit.

Apart from the fact that you will be watching some really cool races and not forgetting the GT queens, the local automotive companies have also confirmed that they will be bringing in some really cool models as well.

Sime Darby Motors Division (SMDB) has announced that they will be pulling in the attractions with their own brands that include the Alfa Romeo, Ford, Hyundai, Land Rover and the Porches while Auto Bavaria is coming in with their iconic Mini and BMWs. According to Dennis Ho, the Managing Director of SMDB, this will be the first time that an exhibition that will see so many car brands under 1 umbrella will be held and they will be showing off some new models of which some have yet to be launched here.

This will include the likes of the recently launched Alfa Romeo Giulietta, the Mini Cooper S Coutnryman, the new Ford Ranger, the soon-to-be-launched Hyundai Veloster, the new Porsche 911 Carrera S Cabriolet and the GT3 Racing cup car as well as the BMW S1000 RR superbike.

This means that you get to enjoy the race, join in the activities as well as to see what’s coming up in the next few months at the Super GT 2012. How cool is that? 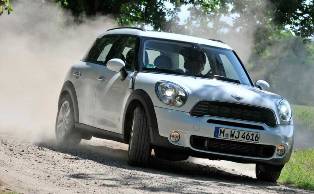