Indian automotive giant Tata has voiced their intention and interest to work with Malaysian national carmaker Proton Holdings Group as part of their plans to enter the Malaysian market. The manufacturers of the Tata Nano, the world’s cheapest car is looking at Malaysia as a potential market for growth and if this happens, the compact cars in the country would have a new competitor in terms of pricing.

According to Tan Sri Muhyiddin Yassin, the deputy prime minister of Malaysia, the chairman of Tata Group, Mr Ratan Tata is interested to forge some form of partnership with Proton again after some discussions 7 or 8 years ago that fell through. This is because of the recent more liberal automotive policies put in place by the Malaysian government which created a host of new and exciting opportunities.

Muhyiddin also said that hence the government is considering either to bring in the Nano to the country or have Tata work with Proton to create a new model catered to Malaysians. The suggestion was made as a result of a meeting between Ratan and Muhyiddin who was in India recently on an official visit. The Nano made its mark in the automotive world when in 2009 Tata sold it for 100,000 rupees which is only about RM7,000. 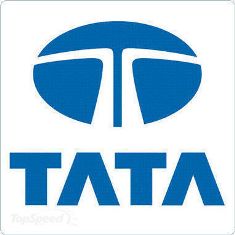