Now this might be one odd looking vehicle to be called a sports car. It is called ISIS AM01 and is designed and developed by Isis Cars, a company based in the Nertherlands. It is actually designed by Anton Van Nunen and Max Alting Siberg and is set to be launched at the end of next month where they are giving the public a sneak preview at the currently Amsterdam’s AutoRAI 2011 Show.

The car is said to be designed based on the Saker, another coach-built sports car and it is powered from a Subaru Impreza WRX STI engine which is the 2.0 liter turbo-charged boxer engine. This means that it will boost out some 275 horses and a 258 lb-ft of torque. The engine is paired with a 5 speed manual gearbox and power up the rear wheels.
The Saker GT is a vehicle which is built only for race tracks and Van Nunen, Siberg together with Saker Sportscars took 3 years to work on the Saker to make it street legal where they tested and sourced for all types of possible materials, concepts and systems to be used here. Hence they have used a multi-tube chassis and fiberglass body which gives it the light-weight it needs.

The vehicle is quite light, weighing only 850kg where it takes only 4.2 seconds to rget from zero to hundred and top speeding at 250 km/h. The company announced that the AM01 will carry a price tag of €120,000. It is currently working to produce a second vehicle, aptly named the AM02 which will be more powerful and a bit more expensive. The AM02 is targeted to be sold at €140,000 as it comes with a 3.0 liter engine, boosting out 400 horses although no news on where the engine will come from as yet. However, the company has confirmed that they will only be producing 10 units of the AM02. It will be made using lighter material as compared to the AM01 where they are set to use carbon fiber or aluminium with carbon fiber material on its high powered engine mated with a 6 speed transmission gearbox. 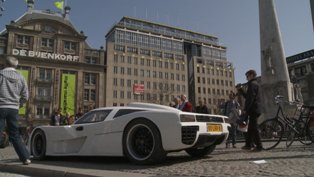 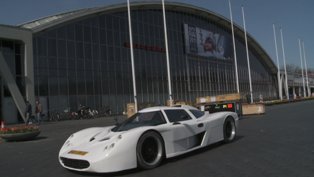 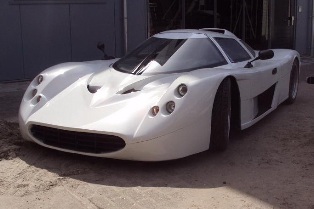