Basically, the 2WD and AWD is the major difference between the 2 and the new SUV comes with the revolutionary SkyActiv technology through its 2.0 liter direct injection petrol engine.

The SkyActiv, if you haven’t already known is Mazda’s own technology that offers better performance, handling and safety in their models. Generally, the engines are the same but the output differs slightly where the AWD model gets you up to 152 horses while the 2WD gets you 1 pony more. They are not bringing in the SkyActiv-D model which is the diesel version and hence they only offer the G version which is paired with a 6 speed automatic transmission gearbox through its Mechatronic system.

Set on the SkyActiv-Chassis, it is supposed to be lighter and stiffer in terms of suspension and the CX-5 comes with 255/55 R19 tyres and the car is designed using the ‘Kodo – Soul in Motion’ design language. Inside the car, they give you a 9-speaker audio system powered out through the BoseCenterpoint Surround Sound System which comes with AUX, USB and Bluetooth connectivity. 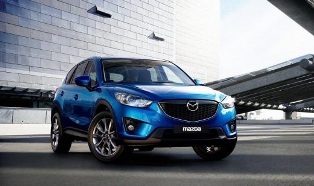 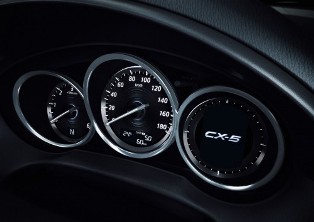