Mini released details of the widely anticipated Mini Coupe which was last seen at the 2009 Frankfurt show when it was still in the concept stage. Mini is set to use this year’s Frankfurt show to showcase their production version and then start selling this model after that.

According to Mini, it would be the fastest Mini ever in terms of acceleration as well as the one which will have the highest top speed. There will be 4 cylinder engines to be made available where the entry level will come with a 121 horsepower engine while the top of the range would be the 208 horse John Cooper Works Coupe which will top speed at 149mph and takes 6.1 seconds to reach the century mark. The mid range model is known as the Mini Cooper S Coupe while a Mini Cooper SD Coupe will be made available for the European market. This would be the 2.0 diesel engine while the other 3 are fitted with 1.6 liter petrol engines that differ in tuning and powertrains.

Despite being a Coupe, this model still maintains its standard DNA although it looks longer than the standard mini. It is 3,728 mm long with a 2,467 mm wheelbase. They have inserted the Gran Turismo rears for a more sporty coupe like persona through while the roof is made using the ‘helmet roof’ design. It has a cool active rear spoiler though that comes up when you reach 50mph and when you drop below 37mph, it goes back to its ‘resting’ position. 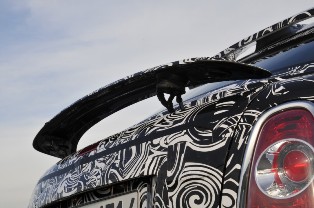 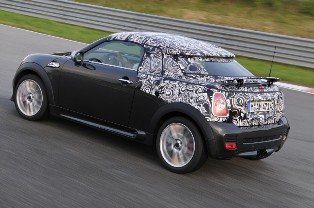 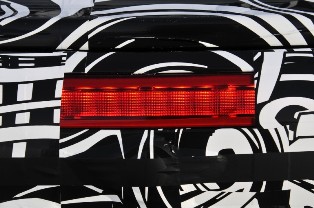 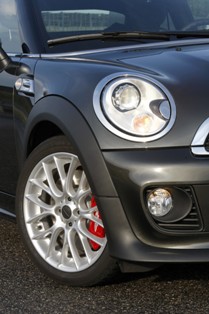