BMW’s Mini Cooper has officially announced their participation in the WRC (World Rally Championships) when the Mini WRC Team launched its new car at the Mini manufacturing plant in Oxford, England. This marks the return of the manufacturer to the sport which it had previously been known for. This means that the Mini WRC team will be joining the 6 rounds of the FIA WRC using the Mini John Cooper Works WRC which is designed based on the Countryman model and developed by Prodrive. This would be their pilot phase as come 2012 season, they will be touring with the WRC for the entire calendar season. It seems like the perfect time for Mini to launch its intention after the recent launch of the Countryman this year and winning championships will be the perfect marketing platform in driving up sales of the model.

The first race it will be going in would be the Rally d’Italia Sardegna scheduled for May 5-8. Driving the car for Mini is Kris Meeke who is the winner of the 2009 Intercontinental Rally Challenge alongside co-driver Paul Nagle. Dani Sordo, formerly from Citroen and Carlos del Barrio will be behind the wheels for the factory cars. The car which was unveiled recently will be powered up by the 1.6 liter, 4 cylinder direct injection turbocharged engine which is the same one fitted into the production version of the Mini Countryman. Where most of the parts have been re-engineered for the purpose of the grueling race, the cylinder block and heads have been retained by BMW Motorsport to adhere to the FIA Super2000 regulations.

This means that the car gets the Xtrac 6 speed sequential transmission gearbox and the AP Racing clutch where the driver is able to manually move the gears through the shifted fitted onto the steering column. According to the FIA, the engine’s performance must not exceed 33mm air restrictor as well as not exceed the turbo boost pressure of 2.5 absolute bar. Other parts in the WRC package here include dampers from Ohlins, AP racing brakes which packs in 355mm disc brakes on all wheels. It is also fitted with 18 inch wheels as well. 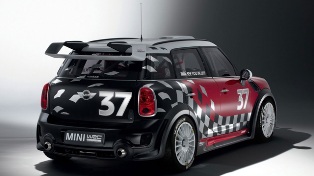 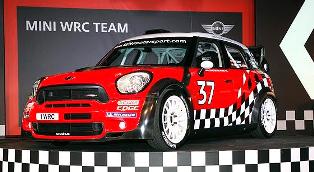 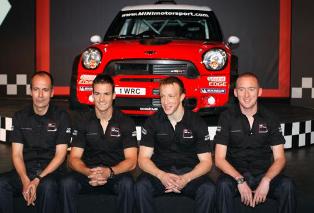 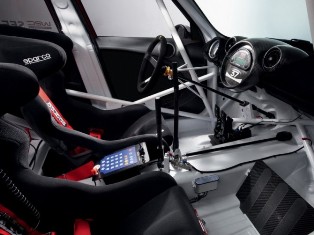