This would be the sixth-generaion SL model which have been around for about 60 years now. The new SL was shown at the recent NAIAS 2012 and will now be available on Malaysian roads priced at RM898,888.

Essentially, it is longer and wider than its previous model and this folding metal top convertible is made almost entirely from aluminium while coming in with some new features and surely cutting-edge technologies. At almost 1mil, you will surely expect the new SL to be the best in its class and this is where you get the likes of the ABC or Active Body Control active suspension and a new Direct-Steer variable ratio and speed-sensitive steering system nicely fitted.

Basically, through its 3.5 liter V6 engine mated with the 7G-Tronic gearbox, you get a 306 horsepower engine that takes only 5.9 seconds to reach the century mark and it also comes with panoramic roof with Magic Sky Control where the roof could be switched into light or dark modes respectively. It takes less than 20 seconds to open or close the roof which is made of magnesium, thereby reducing the overall weight of the car. Apart from that, it also comes with the Magic Vision Control, FrontBass, Hands-Free Access, all of which are new in this one as well as a TFT screen on its dashboard. 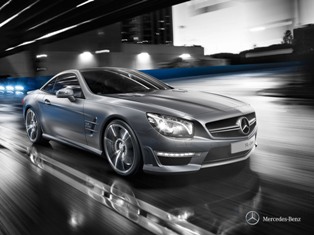 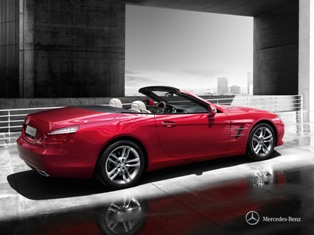 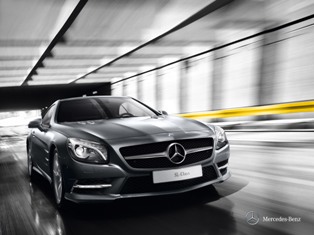